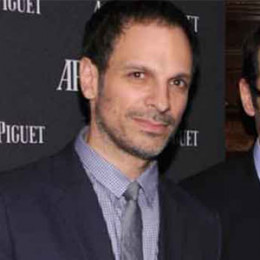 An American actor, Nick Cokas, is currently single. He was previously married to Katharine McPhee, an American actress, singer, and songwriter. He had some small roles in Wild Orchid (1989) and Invasion (2005). Wild Orchid was released in 1989 and starred Mickey Rourke and Jacqueline Bisset. The movie tells the story of a woman lawyer that becomes attracted by a millionaire while she is in Rio. Even though the movie was a success, it was not so remarkable for Nick. He also got a small role in the TV series "Invasion".

Nick Cokas’ name is highly related to his former spouse Katharine McPhee, and more over to their divorce. They married in Beverly Hills in February 2008, when Katharine was 23 years old. They were involved since 2005, and after 3 years of relationship, they decided to take the relationship to the next level. Their marriage lasted for 8 years. In May 2016, Katharine filed for divorce and they got separated.

They married in Beverly Hills in February 2008. Their marriage lasted for 8 years. In May 2016, Katharine filed for divorce and they got separated.