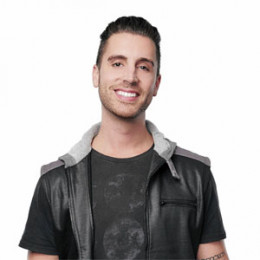 Nicholas James Fradiani IV aka Nick Fradiani is an American singer who is best known as the lead singer of pop/rock band Beach Avenue. The band rose to international fame after participating in a ninth season of the reality talent show, America's Got Talent. in 2014. The following year, Fradiani entered as a solo singer in the 14th season of American Idol and he wins the show.

Nick Fradiani was born as Nicholas James Fradiani IV on November 15, 1985, in New Haven, Connecticut to Nick Fradiani III, a musician, and Elizabeth Fradiani (née Maher). His father used to perform at clubs and restaurants. He has a younger sister, Kristen Fradiani. He has three-quarters Italian and one-quarter Irish descent.

Fradiani father played a vital role in his musical career as he lent him a drum set when Nick was 2 years old and encouraged him to learn piano and guitar. In 2004, he graduated from Guilford High School. He earned his bachelor degree from Wheaton College, Norton, Massachusetts.

Fradiani worked as a substitute teacher at schools during his initial phase. He also served as a computer software salesman before pursuing his career in music.

Nick Fradiani started his musical career as a lead singer of Milford, Connecticut-based pop/rock band Beach Avenue. In 2011, the band won the Battle of the Bands at Mohegan Sun which helped them to gained regional attention. The following year, Beach Avenue released their first EP, Something to Believe In and Driving That Road in July 2013.

In 2014, the Beach Avenue released their two singles "Coming Your Way" and "Feel the Beat". The band rose to international fame after participating in a ninth season of the reality talent show, America's Got Talent. 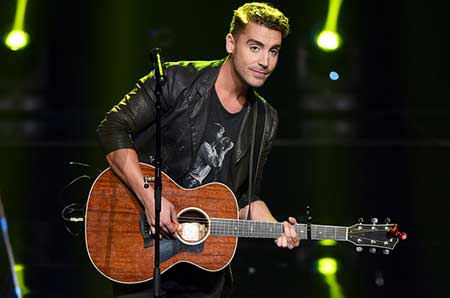 In 2016, Fradiani launched his first single, "Get You Home" directed by Erik White. In March, he released his first solo album, Hurricane. After associating for two years with Big Machine Label Group he parted way in January 2017. He released his EP, Where We Left Off on October 13, 2017. He launched an acoustic version of the EP's third track, Scared in May 2018.

Fradiani loves animals and he often shares his cat and dog pictures on Instagram where he has more than 95.4k+ followers.

A brief moment in time where Rick, Carl, and Negan all got along. #halloweencostume #thewalkingdead

Previously, he dated Ariana Gavrilis, aka “Yanni G". The duo together participated in American Idol but sadly the couple couldn't last together for long.

Check out the interview of Nick Fradiani after winning American Idol at The Jam TV show,