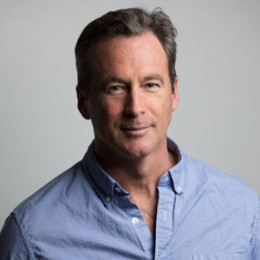 Nick Gregory was born Nicholas John Gregory on 24th April 1960 in New York under the birth sign Taurus. Gregory is American as per nationality and belong to mixed race (Greek descent).

He attended Iona Preparatory School in New Rochelle. In 1982, he graduated with a Bachelor degree in Meteorologist from Lyndon State College in Lyndonville, Vermont.

Nick Gregory has been a licensed pilot for 34 years and a flight instructor for 20 years.  Gregory then became the Chief Pilot for Performance Flight that uses Cirrus SR20 and SR22 aircraft. He also became the FAA Designated Pilot Examiner. He also flies on missions for a non-profit organization called Angel Flight, providing transportation facility to patients. As of now, he is a pilot for Hopscotch Air, air taxi service throughout the northeast.

At the initial phase of his meteorologist career, Gregory worked for WTLV 12 (ABC) in Florida. After working there for several months, he joined CNN in Atlanta, Georgia as a meteorologist.

In 1992, Gregory appeared in a movie, Happy Hell Night with Sam Rockwell, Darren McGavin, Charles Cragin, Fran John and Ted Clark among others.

In 1992, Nick Gregory became the American Meteorologist Society’s Broad of Broadcast Meteorology and the chairman of the board. He also received the AMS Seal of Approval for Excellence in TV Weathercasting in New York Post and the New York Daily News. The New York City Comptrollers Awards also has honored him for outstanding community service.

Nick Gregory from his career as a meteorologist and a pilot as earned has an estimated net worth somewhere in six figures, but the exact amount is not public.

Gregory served as a meteorologist for CNN, and as per the sources, the average salary for that field is $69,500 per year. However, experienced meteorologist in the US gets a pay ranging from $85,360 to $108,670 per year.

Gregory flies missions for charity for Angel Flight; a non-profit organization helped to provide free transportation for needy families and patients for their medical treatment.

Nick Gregory is married and has children. However, the personal details regarding his family are not public. So, only limited information about his married life is available.

Gregory along with his wife and three children currently resides in New Rochelle, New York. Till date, he has not revealed the name of his wife and children and kept them far from the spotlight.