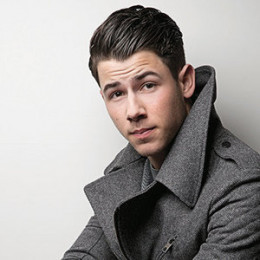 An American singer, songwriter, and actor, Nick Jonas was born to a songwriter, musician, and former ordained minister at an Assemblies of God church, Paul Kevin Jonas and Denise Jonas, a language teacher and singer mother. Nick began performing on Broadway at the age of seven, portraying characters such as "Tiny Tim" and "Gavroche". He has appeared in the films, Camp Rock and Camp Rock 2: The Final Jam. He has also cast as Boone on the FOX horror/comedy series "Scream Queens".