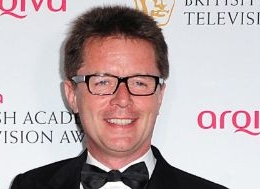 The talented Nicky Campbell is best known as a journalist, radio presenter, writer, and TV star who hosted the Sunday morning show The Big Questions and Long Lost Family on ITV.

The famous Scottish TV presenter aka Nicky Campbell was adopted at nine days old by the Campbells family, aka his adoptive parents Frank Campbell and Elizabeth Campbell. 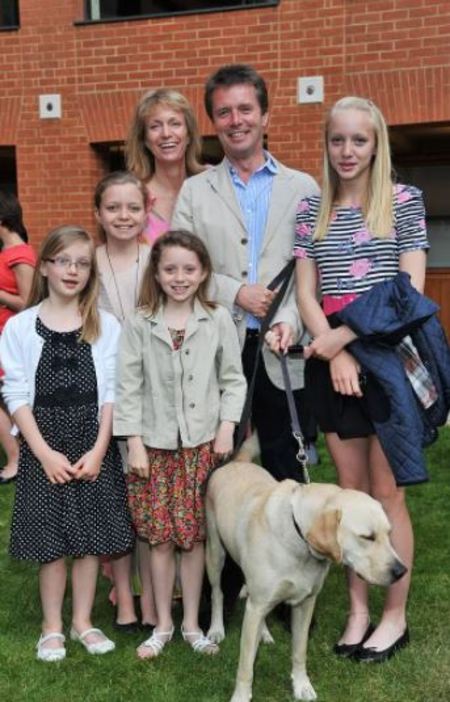 Nicky Cambell pictured with his wife and their four daughters. SOURCE: Daily Mail

And, as an adult, Nicky decided to trace his birth mother in 1989. Campbell then went on the journey to find his biological father in 2002. At the time, he was himself a father to his own children.

TV personality Nick Campbell is happily married to his wife Tina Ritchie, who already served as the former head of Virgin Radio news. The husband and wife tied the knot in December 1997. The nuptial ceremony was an intimate yet lavish wedding celebration which was held in Kensington, London in the presence of close friends and few guests. 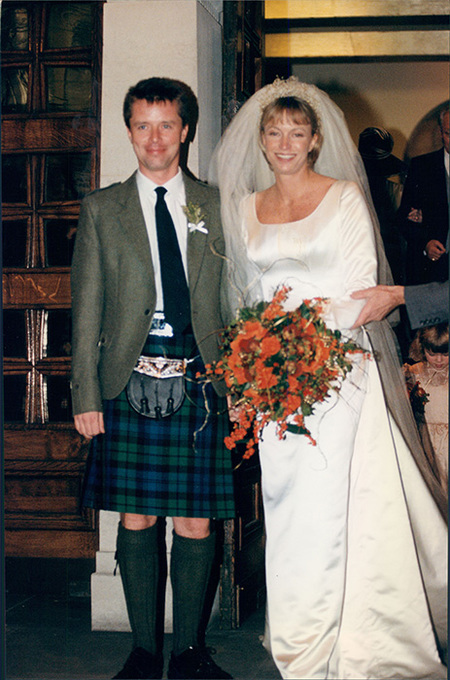 With his partner Tina, Nick is blessed with 4 beautiful daughters; Breagha Campbell, 20, Lilla Campbell, 18, Kirsty Campbell, 16, and Isla Campbell, 14 (as of 2021). The children of Nicky have brought him the biggest happiness. Campbell's marriage is also going great since there are no news and rumors of separation.

Past Marriage of Nicky Campbell

Before Tina Campbell, TV presenter Nick Campbell was married to a woman named Linda Larnach in Scotland in 1989. Linda was eight years older than Campbell.

However, things didn't go very smoothly forever for Campbell and his first wife. However, the reason for divorce Campbell's first divorce is unclear. In their marriage, Nicky also played the role of a step-father to Linda's two sons from a previous marriage.

Career and Net Worth of Nicky Campbell

Nick Campbell first began his career as a jingle writer before joining Capital Radio in 1986. Nicky then presented morning shows on BBC Radio 1. Nicky then worked at BBC Radio 5 Live, where he was the replacement of Julian Worricker.

Likewise, Campbell also hosted the British version of Wheel of Fortune, Top of the Pops, Watchdog, The Big Questions, For the Rest of Your Life, and Long Lost Family among others.

With his decades-long career in the television industry, Nicky Campbell has nothing to worry about when it comes to finances.  Campbell's net worth is about $1 million and enjoys a luxurious lifestyle.

Linda Larnach is the first wife of Nicky Campbell with whom he tied a knot in 1989, Scotland. However, they end up divorced , the reason to end martial relationship is still unclear.

Nicky has been married to Tina, his second wife, since December 1997, and together they share four daughters: Breagha, Lilla, Kirsty, and Isla.

Breagha Campbell is the grown-up daughter of parents, Nicky Campbell and Tina Ritchie. She is currently 20 years old and has 3 sisters.

Lilla Campbell is the daughter of parents, Nicky Campbell and Tina Ritchie. She is currently 18 years old and has 3 sisters.

Kirsty Campbell is the grown-up daughter of parents, Nicky Campbell and Tina Ritchie. She is currently 16 years old and has 3 sisters.

Isla Campbell is the youngest daughter of parents, Nicky Campbell and Tina Ritchie. She is currently 14 years old and has 3 older sisters.