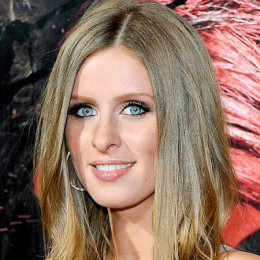 Nicholai Olivia Hilton commonly known as "Nicky Hilton" is an American businesswoman, fashion model, socialite, heiress and fashion designer. She is the daughter of Richard Hilton, a well established businessman and Kathy Hilton, former actress. Since the age of seventeen, she has been a handbag designer. She has Italian, English, Norwegian, German and Irish ancestry. She studied at Fashion Institute of Technology and Parsons The New School for Design.

Talking about her personal life, till now she has been married only once and does not have any children. Her first husband was her childhood friend, their relation didn't work so well so they got separated after three months of their marriage. Before and after her marriage she has been through various serious relationships. She currently is engaged to her long time dated boyfriend.

He is the childhood friend of Nicky who by profession is a Businessman. They got married at the Vegas Wedding Chapel in Las Vegas, Nevada.