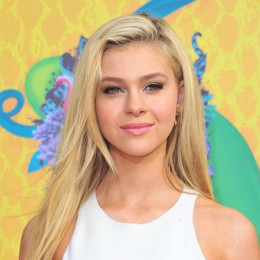 Nicola Anne Peltz is an American actress best known as Katara from the 2010 film The Last Airbender, as Bradley Martin of A&E series Bates Motel and known for her portrayal on Transformers: Age of Extinction as Tessa Yeager. She is the daughter of Claudia, a former model and Nelson Peltz, a a philanthropist and billionaire businessman. In 2006, playing as Mackenzie in the film Deck the Halls, she made her film debut.

Moving on to her personal life, she hasn't been married to anyone yet and is too young to have children. She was once rumored of dating one of her fellow actor but it was said to be just the hoax. And these days she is often romantically linked with an actor, but she hasn't said anything about this relationship so it's a bit of complicated to speak about her current relationship status. She hasn't been a part of any controversial matter till now.