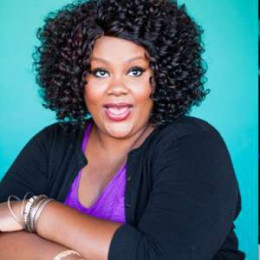 An American comedian and actress, Nicole Byer is well known for her comedy on VH1's "Girl Code" and her new series “Loosely Exactly Nicole”. After completing her high school, she did waitress classes at the Upright Citizens Brigade in 2012. Nicole Byer also hosted MTV's Are You the One?, The Aftermatch Live and after-show for the second season of Are You the One?.

Nicole Byer and Sasheer Zamata created a web series called "Pursuit of Sexiness" and The Daily Dot called it a "must-see". Byer has also appeared in the sketch-comedy series Party Over Here, reality show Girl Code and the Upright Citizens Brigade. In 2016, Byer starred with Jessica McKenna and Alison Rich in the Fox series Party Over Here. She has not disclosed any information about his personal life on the social sites