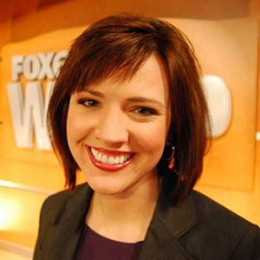 Nicole Koglin's career revolves around the news media as she has invested her profession around it. She started off as a traffic reader for the local morning show WakeUp. Moreover, she currently works for FOX6 News Network as a host on a show Real Milwaukee.

Nicole Koglin Personal Life; Know About Her Husband And Children

Nicole Koglin is happily married to her husband Jason Kutter, one of her fellow workers at Fox 6. The couple lives a blissful family life with their two children. 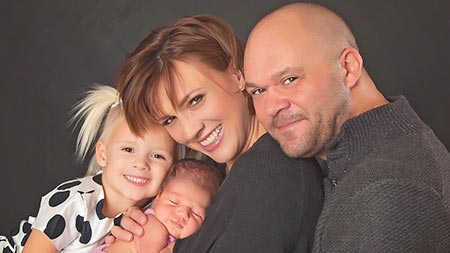 Nicole Koglin with her husband and children.

Nicole is quite a secretive when it comes to her intimate life. Although she is more often in front of the camera reporting news, she doesn't express information about her relationship. However, it is a known fact that she tied a knot with her husband in October 2010, after dating for six years.

Followed by the romantic affair for years, they engaged in 2009 and remained fiances for a year prior to taking their relationship to the next level. Post the marriage, they adopted a pet-an Australian Shephard Molly.

Additionally, they shared, a daughter named Emma but prefers to kept privacy about her details. Furthermore, she gave birth to her second child Paige on October 27, 2015. Have a look at the picture of her daughter's picture! 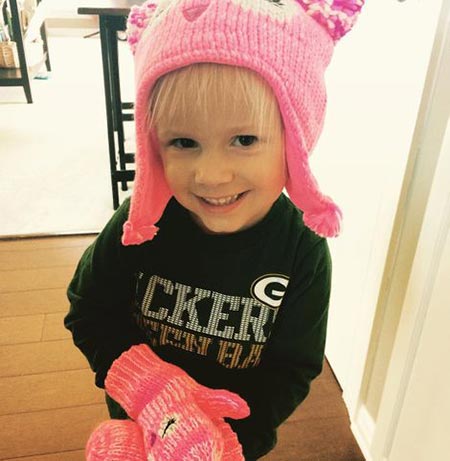 Koglin enjoys a blissful conjugal life with her husband of many years and their children. She and her beau manage time from their work and spend together with their children to parent them well.

The short-haired media personality shared every moment she spent with her partner and kids. Nevertheless, as the children grew up, Nicole desires privacy to keep themselves away from hoax and fake controversies.

Nicole Koglin Career; How Much Is Her Net Worth? 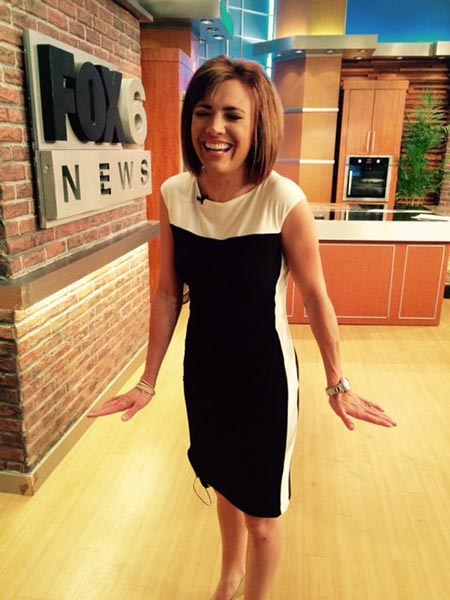 Nicole Koglin works as an anchor for WakeUp.

Starting her TV news career from a small town of Idaho, Koglin went on to work for various popular channels later on. She started working for FOX6 since September 2004 as a traffic reader for the morning show WakeUp. Moreover, she chose to become an anchor for the show and worked alongside personalities like Kim Murphy, Rob Haswell, and Jessob Reisbeck.

The reporter working on the news media makes an average salary of $43,000 a year. However, it depends on the news program and the specific job title. Nicole Koglin established herself as a well-known reporter in the media, which help her grab a good looking income.

Nicole Koglin was born and raised on Menomonee Falls, where she spent most of her young days. She is of white ethnicity and American nationality. 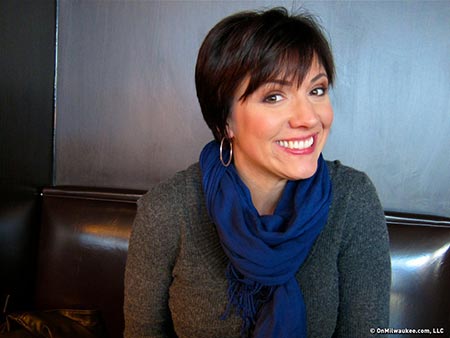 Koglin, 5'7" or 1.70 meters went to the school in her home state and joined the University of Wisconsin-Madison. Moreover, she found her interest in TV media and decided to major in journalism. The WakeUp show host got a bachelor's degree in broadcast journalism as she completed her graduation from the university.

Besides, she resued a cat named Mo and made her a part of her family. As of her career, she is one of the leading faces in the FOX6 News Network among Stephanie Grady, Katrina Cravy, and Mike Woods. She got the first pet Australian Shepard after her marriage and named her Molly.

Visit marriedwiki.com for more information on your favorite celebrities

Nicole Koglin and her husband Jason Kutter were blessed with their first child Emma and kept secrecy of her birth details.