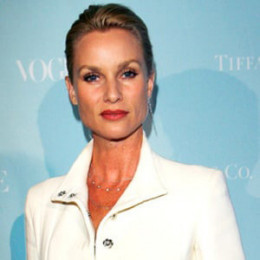 Nicollette Sheridan is an English television and film actress and former model. She has received a Golden Globe nomination for her role on televised series "Desperate Housewives" from 2004 to 2009. Nicollette is the daughter of atress Sally Savalas (née Adams). Sheridan began her career as a fashion model, appearing in the pages of Vogue and on the cover of a Cosmopolitan shot by Francesco Scavullo. She made her acting debut in 1984 in the short-lived US prime opera Paper Doll but her breakthrough was CBS primetime soap Knots Landing as Paige Matheson.

Nicollette Sheridan love life was like a fairy tales, she has a six-year romance with actor Leif Garret when she was only 15. In 1991, this soap opera diva tied the knot with the actor Harry Hamlin but unfortunately, their marriage only lasted for three years. Afterward, she found a new love in a Swedish actor named Niklas Soderblom to whom she happily engaged by winter 2004. But this relationship came to its end by October of 2005 and she couple split after being together for a year and a half. After her 2005 break up with Soderblom, Sheridan reunited with ex-boyfriend Simon Main that she had dated in 1997 but called off their romance after being jailed in 2000. Then she reunited with her ex-boyfriend Michael Bolton, whom she had originally dated for five years starting in 1992. These two announced their engagement in 2006 but ended their engagement in 2008. Sheridan married Aaron Phypers in 2015 and filed for divorce on 2016.

She began seeing Swedish personal trainer Nicklas Söderblom in 2004 and became engaged to him on New Year's Eve 2004; the pair called off the engagement in October 2005.