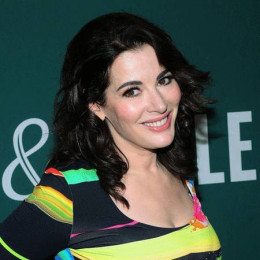 Nigella Lucy Lawson is a journalist, television personality, gourmet, and food writer. She began her career as a book reviewer, restaurant critic and later in 1986 became the editor of The Sunday Times. Her book "How to Be a Domestic Goddess", won the British Book Award for Author of the Year. She was born to Vanessa Salmon, a socialite and Nigel Lawson, member of Prime Minister Margaret Thatcher's political cabinet. Earning a degree in medieval and modern languages, she graduated from the University of Oxford.

Talking about her personal life, she has been married twice till the date. She was first married to a Journalist who died due to throat cancer. She has two children: a daughter and a son with her first husband. She was later married to man with whom she stayed for almost ten years and then separated. There is no record of kids with her second husband. Currently she is single.

He was a journalist and broadcaster. He never divorced his wife, it was his death that made them apart.

He is a British businessman and the co-founder of advertising agency Saatchi & Saatchi. He was found guilty in domestic violence against his wife.

She is the only daughter and the first child born to Nigella. Her mother was 33 years old at the time she was born.

He is the only son and second born to Nigella who was born safe and healthy.