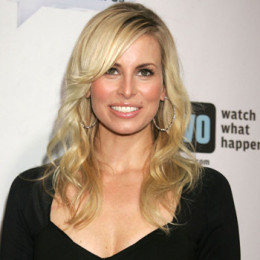 Nicole Renee Taylor best known as 'Niki Taylor", is a professional model, who is known for appearing on American women's fashion and fitness magazines such as, Self, Vogue, Allure, ELLE, Marie Claire and Shape. By the age of 13, she signed with Irene Marie Models in South Florida and her first magazine cover was an issue of Seventeen, which she did at the age of 14. She is the daughter of Barbara, a highway patrol lieutenant and Ken Taylor, a photographer.

He personal life is full of ups and downs. Till now she has been married twice. She was married to her first husband who was her high school boyfriend for less than 2 years. The couple have raised twin sons from their marriage. Currently, she is married to NASCAR driver with whom she has raised two children; a son and a daughter. She resides in Nashville, Tennessee, with her family. We can check out her images and stay connected to her via Instagram @nikitaylorinc.

He is the first husband of Taylor, who is a former football player. They stayed as husband and wife for less than 2 years.

He is the second and current husband of Taylor, who is a NASCAR driver. They married in 2006, at the Grande Colonial Hotel in La Jolla, California.

Jake is the twin brother of Hunter, who was born in 1994.

Hunter is the twin brother of Jake, who was born safe in 1994.

She is the only daughter born to Taylor. She was born one day before her mother's 34th birthday.

He is the youngest member in the family, who these days is busy attending his school.