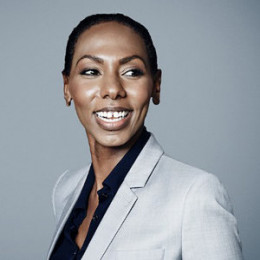 Nima Elbagir is an award-winning international television correspondent. She had earlier served as freelance journalist for CNN covering breaking news events in regions like Afghanistan, Congo, and Sudan. Her father is a newspaper publisher in Sudan and her mother is the first woman publisher in the history of Sudan. She began her journalism career working as freelance reporter from the African Bureau of CNN in Sudan. Graduated from the London School of Economics, she received a bachelor degree in Philosophy from there.

Nima Elbagir has not revealed the person with who she is in marital relationship. One of the famous journalism who has shown her courage to report in the most difficult situation, is secretive towards her personal life. Although she is active in most of the social networking sites, she always posts about herself and the latest things happening all around the world, but she never post about her marital relationships.