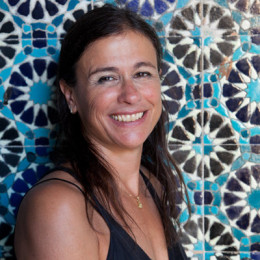 Nina D. Burleigh is an American journalist, writer and is the author of five books. She was born to the family of professors, her father is author Robert Burleigh. She is an adjunct professor at Columbia Graduate School of Journalism. In 2008, her book, Mirage won the Society of Women Educators' Award and was selected by "The New York Times" as an editors' choice. She got an internship at the Associated Press where she learned a lot about government and writing journalism.

Nina D. Burleigh was born in Chicago, Illinois. Her father, Robert Burleigh is an author and a renowned professor at the University of Chicago.

She migrated to the Haight-Ashbury area of San Francisco when she was age 7. After living in San Francisco for several months the family moved to Baghdad where her maternal grandmother lived.

They lived in Baghdad for about six months and moved to an Amis area of Michigan. She published her first article for a library in Elgin, Illinois when she was studying in sixth grade.

Initially, she was interested in fiction writing. It's all because of her professor who suggested her to pick journalism. She joined the Associated Press and learned details about government and writing on journalism.

By 1990s, she covered the White House and Congress for People and Time. In the early 2000s, she was one of the staff members at People Magazine in New York. She also served as adjunct professor of journalism at Columbia University. 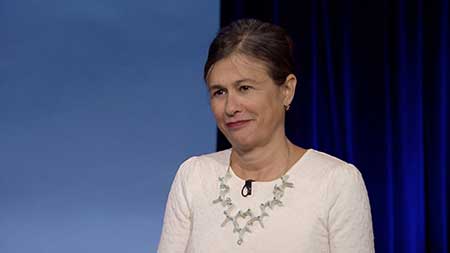 Burleigh is the National Politics Correspondent for Newsweek as of January 2015. Basically, she's known for her articles focusing on feminism, human trafficking, domestic violence and violence against women.

She is the author of five books that include Unholy Business: A True Tale of Faith, Greed and Forgery in the Holy Land (2008) discussing the Biblical archaeological forgery case and the Jerusalem relic trade and Mirage: Napoleon's Scientists and the Unveiling of Egypt (2007) elaborating scholars who assisted Napoleon's invasion of Egypt in 1798.

The Fatal Gift of Beauty: The Trials of Amanda Knox, The Stranger and the Statesman, and A Very Private Woman: The Life and Unsolved Murder of Presidential Mistress Mary Meyer; all are her creations; all available on Amazon.

Burleigh has yet disclosed details about her current net worth and salary. Though she's achieved the best in her career, she's a very private woman when it comes to her assets including her house, cars, and others.

She's earned the best being an author and journalist.

The relationship between Nina and her husband Erik Freeland can be an example for many that love has no boundaries.

The couple first met in November 1993 when she was residing in Washington. She was working in People magazine writing about President and Mrs. Clinton while her future husband worked as a freelance photojournalist at U.S. News and World Report.

When they met for the first time in a party, she was just married to her boyfriend of eight years. It was the time she was about to move to Chicago with her architect husband. Despite being married, Burleigh was attracted to Freeland.

They met for the second time at a dinner party a few weeks later. Hence, instead of moving with her husband in Chicago, she stayed in Washington to be with Mr. Freeland.

Eventually, she divorced her husband and dated Freeland, 10 years younger than her. The couple married in 1999 on the walkway of the Brooklyn Bridge. About 50 guests were invited at the ceremony including President Clinton's former press secretary, a cousin of the bride and Dee Dee Myers.

The couple currently resides at New York City with two of their kids.

He is a freelance photojournalist, who is 10 years younger than his wife. He was on the staff of U.S. News and World Report.