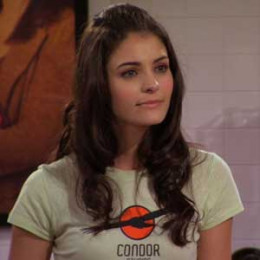 An American actress, Nina Fehren is popularly known for her brilliant work in The Cook, Flashing and Resident Evil 5. The beautiful Nina is now single. She is a peace lover and animal lover too. Nina was an excellent student during her school times.

Nina was born to a Swiss mother in the United States. She is the citizen of America and is of mixed ethnicity. Fehren used to play basketball during high school.

She earned a bachealor's degree in Art History from Vasser College, a liberal and private arts college of New York. During college she was a member of Phi Beta Kappa, the oldest honor society for the liberal arts and science in the United States.

Fehren had no intention of starting a career as an actress. However, she debuted with the appearance in, Entourage, the HBO's comedy-drama television series. Later on, in 2006 she appeared in the short movie, It's Not Just You, Tommy Chu!

Moreover, she started working in different TV series and short films like- The Last Guy (2006), Burn (2007), Seventeen and Hills (2007), The Grind (2008), Acting School Academy (2009) and so on. She was also cast in the TV series Chuck which is an American action-comedy series directed by Chris Fedak and Josh Schwartz.

Furthermore, she appeared in an American teen drama TV series, 90210 which was made by Rob Thomas, Gabe Sachs and Jeff Judah in 2008.

She shared the screen with Nicholas Penny Vital and Mark Hengst in an unrated movie, The Cook in 2008. Moreover, in 2009 Nina acted in horror drama, Resident Evil 5 with was directed by Liam O'Brien and Toshio Ohashi.

Her 2014 TV series, Flashing earned much fame that was directed by Ricardo Ramos. Moreover, in 2016 she was seen in the movie, Abbie at the Party.

Talking about her personal life, she has kept information regarding her dating life and affairs confidential.

So as per the available information, she is single and not yet involved in any relation till today. Nina's first kiss was before joining high school. She is an animal lover and loves dogs. She enjoys peace rather than parties and loud music.

Nina Fehren is a young actress. She has contributed to many TV series as well as many films. Till now, she has not revealed her net worth and salary to the media.