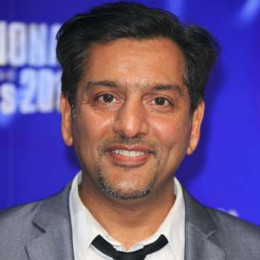 One of the leading lights in a new generation of Anglo-Asian actors, Nitin Chandra Ganatra is a famous English actor, best known for playing Masood Ahmed in BBC Soap-opera 'EastEnders' since 2007. His first major movie break came with the Aishwarya Rai vehicle Bridge and Prejudice. He studied Drama, Film and Television at Bristol University. Both sides of Ganatra's family have origin in Gujarat. He was born in Kenya of Indian parentage and moved with his family to UK when he was four years old. He has appeared in number of TV shows in the UK and won 'Best On-screen Partnership' alongside Nina Wadia at the 2009 British Soap Awards.

Nitin Ganatra is in a marital relationship with a beautiful actress Meera Ganatra who is best known for her act in Premature (2015) and The Question (2014). The couple has worked together on many shows. They are always supportive of each other and have come a long way in their relationship. Till now none of them have involved themselves in any kind of extra marital affairs. The couple has been blessed with two beautiful children. To be in touch with his personal life we can follow him on twitter @nitinganatra.

The couple belonging to same profession always act as if they were made for each other. That is why their relationship is able to last so much longer than the other around them. So no one can hope or even imagine that they would split up or something like that.