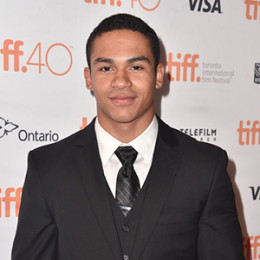 Noah Gray-Cabey was born in Chicago, Illinois to mother Whitney Gray and father Shawn Cabey and was raised in Newry, Maine. Noah is mainly known as an American actor and a pianist. He loved piano since he was a kid and had already started playing the real piano at the age of four. Noah performed at various occasions and venues throughout the England, Washington, and Jamaica as well at the same age. He went to Paraclete High School for the high school studies and then went to Harvard University.

Noah Gray-Cabey has performed at Sydney Opera House at the age of five making him the youngest person to perform with an orchestra there. Noah also performed in Queensland Conservatory and the International Convention in Brisbane. Besides musical career, his acting career in movies started with the film Lady in the Water. Since then, he has worked on several other shows and movies including 48 Hours, Ripley's Believe It or Not!, Winfrey Show and Grey's Anatomy as well. Noah is excellent with piano but hasn't learned how to read music sheet. Noah is also outstanding at maths. There is no information about his personal life or any relationship.