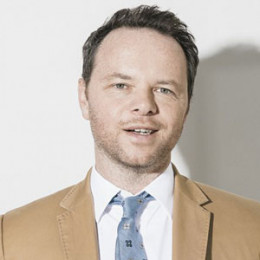 Noah Hawley is an American writer, screenwriter, director and producer who is popularly known for his work as writer & producer for the highly acclaimed FX series, "Fargo" and "Legion". The "Fargo" series won Primetime Emmy Award for Outstanding Miniseries and 17 other nominations at the 66th Primetime Emmy Awards.

His directorial debut happened with a dram film named "Pale Blue Dot" and later on, was asked to direct a sci-fi movie, "Man Alive". Hawley in his career in the entertainment industry is very groundbreaking and successful.

Noah Hawley was born to parents Louise Armstrong and Tom Hawley in the year 1967 in New York City, United States. His mother was a writer and activist while his father was a businessman. He grew up with his twin brother Alexi who is professionally a writer for the television show, The Following. 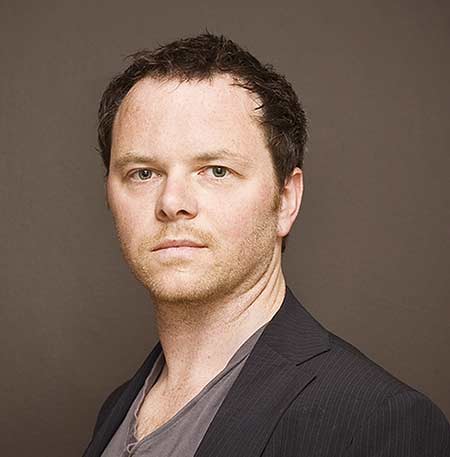 For his higher studies, he attended Sarah Lawrence College from where he graduated with a degree in Political Science in 1989. During his stay in New York, he worked for the oldest and largest legal aid provider, Legal Aid Society where he worked with the abused and neglected young people.

Then, later on, he moved to San Franciso where he worked at Law Firms as a computer programmer. He also worked as a paralegal who is experienced to work in various fields. At California, he met a critically acclaimed author named Po Bronson who invited him to be a member of The San Francisco Writers' Grotto.

Hawley is professionally a television producer, writer, screenwriter and author who started off as a writer. He has written a book named A Conspiracy of Tall Men in 1998 and after some years in 2004 released his next work Other People's Weddings through St. Martin's Press. After his second book release, he debuted in the Television industry as a producer and writer for 2005 tv series, Bones. Later in 2006, he wrote the original screenplay for the American film, The Alibi.

His third book a novel named The Punch was released through Chronicle Books and later his book The Good Father was published. Hawley in 2009 and 2010 created and produced shows like The Unusuals and My Generation respectively. Besides Television series, he also worked in films as in 2014 he had signed a deal with Universal Pictures to write a script for their Dark Universe project. His fifth book published in 2016 named Before the Fall's copyright was bought by Sony Pictures who planned to make a movie of the book and Hawley had to write the screenplay.

He was associated with the FX Television show, Fargo for which he worked as a primary writer and executive producer. The series is based on the 1996 film of the same name and also won Primetime Emmy Award for Outstanding Miniseries and 17 other nominations at the 66th Primetime Emmy Awards. His association with FX continued as he wrote and produced the Marvel Character series, Legion.

Hawley is set to create the limited series adaptation of Kurt Vonnegut's Cat's Cradle. He will work as an executive producer for the FX series FX: Hellbound On His Tail and The Hot Rock. Hawley has directed the movie Pale Blue Dot. The movie stars actors like Natalie Portman, Jon Hamm, and Dan Stevens. His other directorial features include Man Alive which is a sci-fi movie written by Joe Greenberg and an upcoming 20th Century Fox movie named Doctor Doom.

Noah Hawley's net worth is not estimated but he is sure to have a huge net worth from his career as a writer, screenwriter, director, and producer. His net worth according to the networthpost.org is $500,000.

Noah Hawley is married to his wife Kyle Hawley and the couple is residing in Los Angeles and Austin, Texas. They have two children together but the details regarding their names and date of birth are not mentioned in the media.

Before everything happened for him Hawley wanted to become a rock star and even had a  band while in New York. He used to write songs and performed with his bandmates in his teenage years. 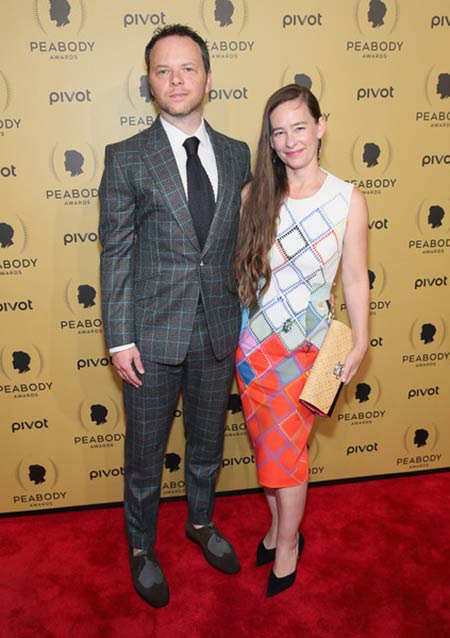 Coming from a family of writers, Hawley's interest in writing was obvious. He was interested in reading books and began writing books. His book Before the Fall was appreciated by everyone and it won an Edgar Award for Best Novel and nominated for a Macavity Award for Best Book.

Hawley's first book A Conspiracy of Tall Men released in 1988 grabbed eyes and even led to the popular actor and filmmaker Pratick Stewart call him to talk about converting it into a movie.

On getting his call he was thrilled and went into shock for some time. Later on, he regained his consciousness and talked to him professionally resulting in Stewart buying the rights of the book. Stewart wanted to make a film for his Flying Freehold Productions.

His thought on technology is that it is making people distant. He thinks as people get the information they need in a second through technology communication automatically decreases.

Noah Hawley is happily married to Kyle Hawley. The couple is blessed with two children and doing pretty good for themselves.