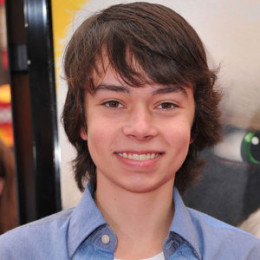 An American teen actor and a martial arts practitioner, Noah Ringer is currently single. Ringer has signed with Creative Artists Agency. Noah has acted in many films, The Last Airbender is his first film, he has a role of Aang. Ringer competed in 25 tournaments, he has won a hundred medals, eighty of them gold. Ringer has earned first-degree black belt at the age of twelve.

Noah Ringer has played the role of Emmett Taggart in Cowboys & Aliens, it's a sci-fi western film and directed by Jon Favreau. Ringer has nominated for Best Performance In A Feature Film named A Leading Young Actor for the 32nd Annual Young Artist Awards. Ringer won the "Coming of Age" Best Actor movie award for his performance from a movie The Last Airbender.