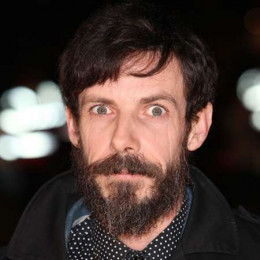 Noah George Taylor is an English-Australian actor, known for his role in the 1987 film The Year My Voice Broke and the 1991 film Flirting. In 2013, he appeared in 3rd and 4th seasons of HBO's epic fantasy series Game of Thrones. He was born to Paul Taylor, a copywriter and journalist and Maggie, a journalist and book editor. Besides acting, he is a good artist and an accomplished musician.

Accounting his personal life, he is a happily married man. He has been enjoying his first marriage since 2012 and till now the couple has the same chemistry with one another that they used to have when they first met each other. He does not have any kid with his wife but has a daughter from his past relationship. He hasn't revealed any information regarding his affairs till date. Currently, he lives in Brighton, East Sussex.

She is the first wife of Taylor, whose personal details has been kept out of media's radar.

She is the only daughter of Taylor. Details about her mother is not known.