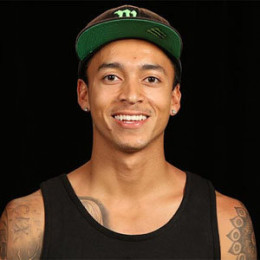 Nyjah Huston is popular as a professional skateboarder as well as champion of Street League Skateboarding. Huston is a son of Adeyemi Huston and Kelle Huston. He began his career from Element company. He has worked for many video productions some of them are "Dew tour" , "The Vans Downtown Showdown", "Elementality" series and so on. Nyjah has won a gold medal from 'X Games Street League’. Huston has many sponsors some of them are Nike, Sb And Apparel, Element.

Nyjah Huston has won the award named "Kentucky Unbridled Spirit" in a category of Action Sports. He has also worked for video games like Tony Hawk's Pro Skater 5, Tony Hawk: Ride and so on.He is also one of  the highest paid skateboarder in the world.