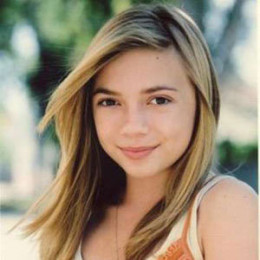 An American actress, best known from movies R.P.M. (2008), Sunday Morning (2006) and The Santa Clause 3: The Escape Clause (2006). Olivia Eve Everhard is currently single. She is a sister of an American actress, with her popular movies The Clique, Bermuda Triangle, Sophie Anna Everhard. She is a sister of an American movie actress, best known as Bratz (2007), Jack and the Beanstalk (2009) and Children of the Corn (2009), Emily Rose Everhard. Her sister Sophie graduated from Gallatin School. Her sister Sophie began her acting career at the age of seven. Her sister Sophie has worked on many projects, she also works at GUESS, Time Inc., PAPER Magazine, and Comedy Central.

Olivia Eve Everhard sister Emily Rose Everhard has two appearances on The Tonight Show with an actor Jay Leno in 2006 and 2007. Her next sister Sophie has cast as 'Dylan Marvil' in the Warner Premiere movie named "The Clique", this movie is base on the New York Time's best-selling book by Lisi Harrison.Olivia is not a controversial star and there is no information about her affairs in social sites.