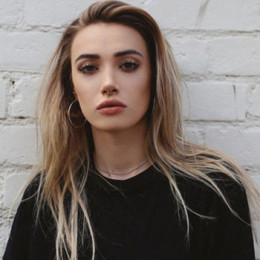 Born and raised in Thousands Oaks, California, Olivia O'Brien is a popular singer and songwriter. She is best known for her debut single, "I Hate U, I Love U" which ranked #10 on the Billboard Hot 100.

Brien started her professional musical career since 2015 along with Gnash. The duo made their TV debut in July 2016 performing a song on "Late Night with Seth Meyers".

Brien is currently residing in Los Angeles and is possibly single at the moment.

Olivia O'Brien was born on November 26, 1999, in Thousand Oaks, California. She is American and belongs to the White-American ethnicity. She was raised along with her elder sister in Napa but her father belongs to Santa Cruz.

O'Brien had a keen interest in music since her early days as she wrote songs since she could write words. She chose music over her study and used to skip her classes. She started singing at the age of seven and also played guitar and pianos.

my mom sent me these pics on my birthday and i can’t stop looking at them... my childhood was truly my peak in life. why was i so much cooler back then? what happened to me?

O'Brien attended a Roman Catholic school, Justin-Siena High School in Napa, California. She has faced many challenges during her high-school days when she was criticized for her dressing sense. Later she joined online high school but she dropped out in order to pursue her musical career.

Olivia O'Brien used to do cover songs during her initial phase of musical career. Initially, she created an account on SoundCloud and began posting her covers. Eventually, she gets noticed by LA-based singer and producer, Gnash after uploading the cover of his song, Disposable.

Later, Gnash contacted O'Brien and expressed his interest in hearing her original musical compositions. She sent her original song, "hate u, love u" after which he called her in LA  to record the song with him.

In 2015, the song was released online. Though the song was her original composition she chose to collaborate with Gnash because at that time she was just 15 and she hasn't more knowledge about marketing and production. She also got 50 percent of everything.

The song was officially launched after a year of online released in March 2016 in Gnash's album 'us'. The single was commercially successful and ranked #10 on the  Billboard Hot 100 and reached at number 1 in Australia. O'Brien and Gnash made their TV debut on Late Night with Seth Meyers by performing their hit song in July 2016. 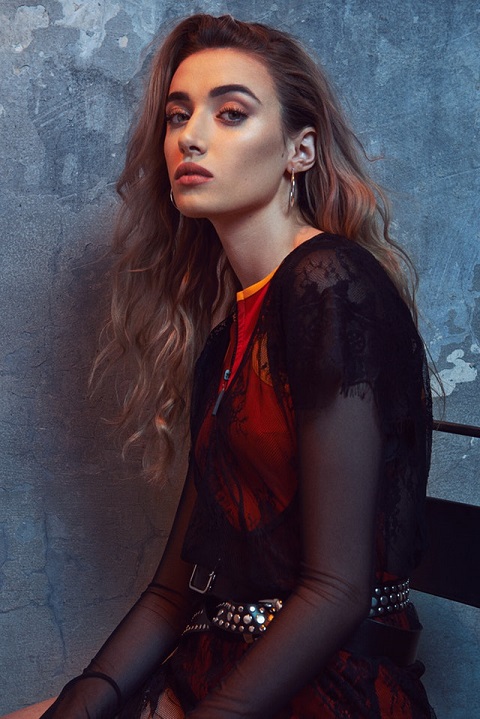 After the success of "I hate u, I love u" she got offers from two music company APG and Island. But she goes with Island Records because of David Massey as she thought she can trust him. In 2016, O'Brien released her solo single, "Trust Issue" under the banner of Island Records. The song was premiered through a Complex magazine which talks about empowering for girls. The same year, she launched her second single, "Root Beer Float" featuring black bear.

Then on October 21, 2016, her third single, "Find What You're Looking For" was released. O'Brien launched the original solo version of "I hate u, I love u" entitled "hate u love u" as a single and also released an acoustic video for the song.

She released a new single "Empty" in February 2017. The same year, she released her other singles like RIP, No Love. She made her EP debut with It's Not That Deep.

O'Brien received Radio Disney Music Awards nominations for "I hate u, I love u" in the category of Best Breakup Song. In January 2018, she featured Jack & Jack's single "Beg”.

She also participated in several national and international tours. Her tours include a California tour along with Gnash in 2015 and a tour with pop artists Jack & Jack back in 2017.

Olivia O'Brien is considered as one of the rising singing sensations. She is active in the music fraternity since 2015 and in short span of her career, she garnered massive popularity among audiences. Believing some online sources, her estimated net worth is $300 thousand.

The average salary of the singer in the USA is between $79k-$160k. So, O'Brien might earn the between those figures. Her debut single, "I hate u, I love u" grossed 364 million views on YouTube.

She earned a quite impressive sum for her stage performances and international concerts.

Olivia O'Brien is possibly single at the moment. She is just 18 and more than that she is quite ambitious and hardworking which might be the reason she wants to focus her attention towards a career rather than anything else. 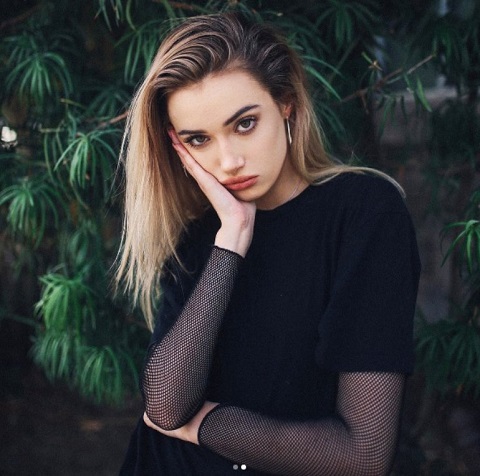 O'Brien has always maintained a low-key personal life. She has never discussed her private life with media. She is quite active on Instagram as of 2018, has more than 304k followers.

O'Brien is fond of dogs and she often posted her dog, Dexter pictures on her Instagram. She shares a good bonding with her father.

Her favorite single is “No Love” because it took so long to be released and this song was closed to her heart. She is a huge fan of Avril Lavigne. According to O'Brien, she writes the best song whenever she is crazy.

Check out the interview of Olivia O’Brien,