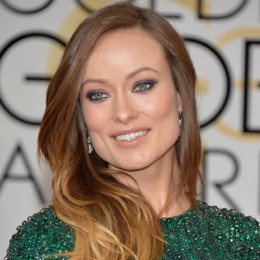 She is an American actress, a producer and a model who is best known for her role as Alex Kelly in the series The O.C. She has appeared in several of the filmologies Tron: Legacy, Cowboys & Aliens, Her,etc. She was born in a journalist family. Her parents, mother, Leslie Cockburn and her father Andrew Cockburn both were journalists. She went to Georgetown Day School and Phillips Academy. She studies acting at Gaiety School of Acting. She began her career in acting since 2003 in a small role and has been active ever since.

She is currently in a relationship and recently been a mother of a child. She had been married once and has no children from the marriage. Prior to her marriage, there is no any record of her past affairs. She has been rumored to have dated with Ryan Gosling , Justin Timberlake and Bradley Cooper. She is currently rumored to have split from her boyfriend, father of her child, but seems airy as both are seen together with their child.

He is an Italian filmmaker and musician. They got married when Olivia was 19. Their marriage ceremony took place in an abandoned bus with few witnesses. They got divorced after 7 years of marriage. They have no any children.

He is very young and cute. He is seen with his parents a lot. His parents love him very much.