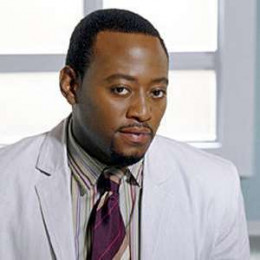 An American actor, rapper, songwriter, and record producer,Omar Epps,is currently married to Keisha Epps in 2006.He was raised by his mother Bonnie Maria Epps, a school principal.He is a founder of a rap group named Wolfpack. Omar attended the Fiorello H. LaGuardia High School of Music & Art and Performing Arts.His first television series is the Green Flash ,he has a role of Charlie in this series.His parents divorced when he was child.

Epps married Keisha Spivey from the R&B group Total in 2006. They live in California with daughter K'mari Mae (born July 2004) and son Amir (born December 2007). He also has a daughter, Aiyanna, from a previous relationship. His sister, Aisha Epps, lives in Brooklyn, NY. Omar dated actress Sanaa Lathan 1999-2003 before reuniting with Spivey.He is famous rapper ..His parents divorced when he was child.

Epps married Keisha Spivey from the R&B group in 2006. They live in California. Both of the couple love each other and there is no sign of divorced in their relationship.

The couple has a daughter named K'mari Mae ,she was born on July 2004.

There second child as a son named Amir Epps was born on December 2007.

The couple has a daughter named Aiyanna,from a previous relationship with Sanaa Lathan.