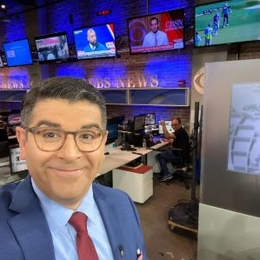 Omar Villafranca is an American journalist famously known for working as a CBS NEWS correspondent. Villafranca covers the latest and freshest news from Dallas, Texas.

Omar Villafranca is the son of his father Romeo Villafranca and mother Yolanda Villafranca who was born and raised in San Antonio, Texas. The information about his siblings or other parents is kept private and yet to be revealed.

Journalist Omar Villafranca is one lucky dude as he is blissfully married to his girlfriend turned wife, Cindy Lewis. Omar and Cindy tied the knot on March 3, 2012. It was indeed a private and lavishing wedding ceremony organized at the Frontiers of Flight Muslim in Dallas, Texas. Both Omar and Cindy keep their marriage away from the prying eyes of the public. 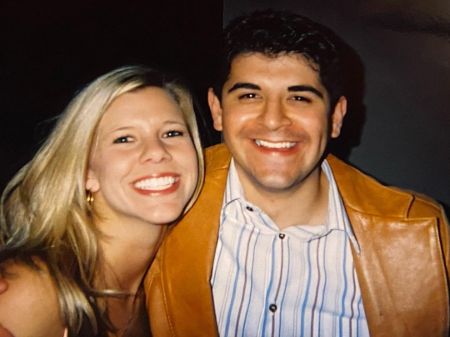 The couple shares a beautiful daughter named Reese Villafranca together. The couple is super strict about maintaining their kid's privacy. Thus, there is almost zero to no information about Omar's daughter other than that she likes ice-creams and toys.

In the meantime, Omar lives together with his wife and young daughter in a beautiful house in Dallas.

One of CBS News reporters, Omar Villafranca has already traded his passion for several companies and news station including KXAS-TV Dallas-Fort Worth. Likewise, Villafranca also served at KOTV-TV which is one of the CBS affiliates based in Tulsa, Oklahoma. There he worked as an anchor and reporter.

In addition, KSWO-TV located in Lawton, Oklahoma is also one of the news stations Omar has served as a journalist. Then in January 2014, Omar finally joined CBS News for Newspath and CBS News' 24-hour. Throughout his time for CBS, Omar reported hottest topics including legislative sessions in Texas and Oklahoma. Villafranca even covered politicians Ron Paul and Rick Perry on their presidential campaigns. 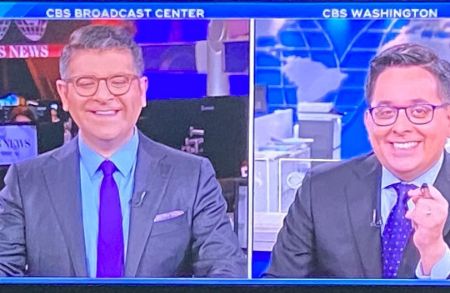 In addition, Villafranca also covered the riots in Ferguson, Missouri, as well as the destructive path of Hurricanes Harvey and Maria, during his tenure at CBS.

Villafranca's primary source of income is his career as a News Personality. And, Omar's net worth is estimated to be around $1.5 million. The salary he gets from his News Reporting job at CBS News adds an average of $33,774 to $112,519 a year. With such whopping fortune, he still lives modestly.

For more news and stories, stay updated at Married Wiki.

He is married to Cindy Lewis, the daughter of Raymond and Diana Lewis of Muskogee. The wedding ceremony was at the Frontiers of Flight Museum in Dallas, Texas