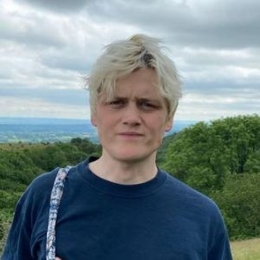 Oobah Butler is an English journalist, author & filmmaker. Oobah is 'The Shed at Dulwich' Top Rated Restaurateur, Paris Fashion Week's Designer, and LA Times best-selling author. Since 2021, he is also serving as a co-host of Catfish UK.

Is Oobah Butler Dating Anyone?

Oobah Butler first found love in his high school sweetheart. Oobah mentioned in one of his stories that he used to pass the lyrics of Incub's hit song 'Mexico' as a poem for his then mysterious girlfriend. Judging by his social media, Oobah appeared to be in a relationship from 2015 until 2020. 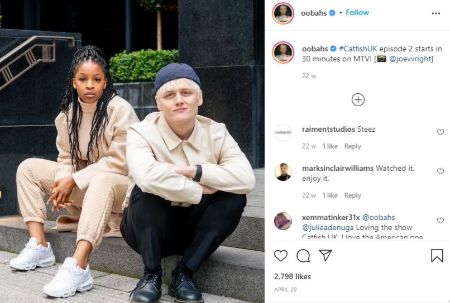 Well, the identity of Oobah's former girlfriend is undisclosed. However, Butler often tweeted about her- about how his ex-partner threatened to destroy him if his phone rang one more time & how he irritated her, saying 'Omlette du Fromage' for the entire day.

As of 2021, Oobah Butler is probably single. Besides, Oobah was rumored to be gay by a few of his fans. One even took to his Twitter to write, "Mate, you look like a gay Eminem'. But, the guy had yet to clarify his sexual preference.

Oobah Butler catapulted to fame for creating a fictional restaurant, The Shed at Dulwich, a top-rated venue in London on TripAdvisor 2017. Afterward, he came to the limelight for faking his way to the top of Paris Fashion Week in June 2018.

Check out the video of Oobah Butler's investigation from a CBS reporter.

Not to mention, Oobah also sent fake versions of himself worldwide with an attractive lookalike to his high school reunion party in November 2020. He eventually published a book, "How to Bullsh*t Your Way To Number 1," in April 2019, summarizing his journey.

At the moment, Oobah Butler possesses a net worth of around $400,000. Oobah collected a colossal fortune from his profession as co-host of MTV's Catfish UK.