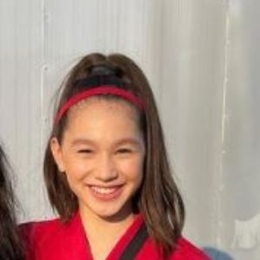 Child actress Oona O'Brien gained worldwide fame at a young age; she starred as Devon on Netflix hit series 2021 Cobra Kai. Scroll down to learn details regarding the net worth, earnings and personal life of Oona.

Accounting for her personal life, Oona O'Brien is too young to have a boyfriend. There is not much information regarding her love life in the media. Born in 2006, Oona is biracial as she shares Asian heritage from her mother's side. 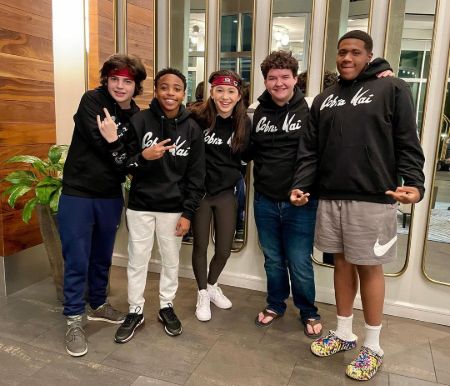 Oona O'Brien with the cast of Cobra Kai. SOURCE: Instagram(OBrien.Oona)

The audience often praises Oona's hard work and on-screen performance. Not just that, O'Brien, when she's not on sets, she stays busy being homeschooled by her family focused on her educational attainment.

Further, Oona seems to share a closer bond with all her family members. However, she rarely appeared on her dad's Instagram wall. It's clear to see how much Oona lives a grounded life and loves her parents despite her fame.

Are Parents Of Oona O'Brien Supportive?

Oona O'Brien's father, Edward John O'Brien, and his wife, Susan Kobrin, fully support their daughter's dreams to become an actress. The pair are happily married and live in the United Kingdom with their children Salvador O'Brien(2004) and Oona. 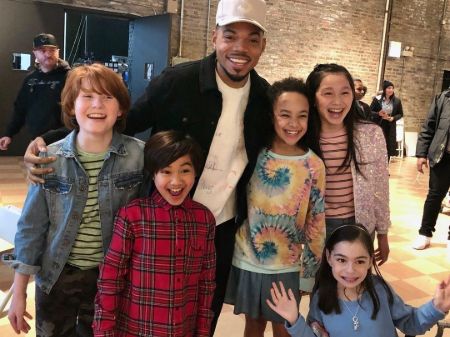 All thanks to her parents, who encouraged her to follow her dreams, Oona, at the moment, is one of the emerging young talents. Her mom and dad are very proud of their daughter's achievement as well as the person she's growing up into.

Other than that, around 2004, Ed gave up his drinking habit and took up meditation to carry on becoming a better person. In 2011, the family moved to Brazil and lived on a farm near Ubatuba before coming to London.

Speaking For Social Cause

Perhaps because of her cultural upbringing, Oona uses social media to speak on issues such as racism. Oona mentioned via Instagram that her mom was verbally attacked in her local Target and pleaded to support the Asian community. 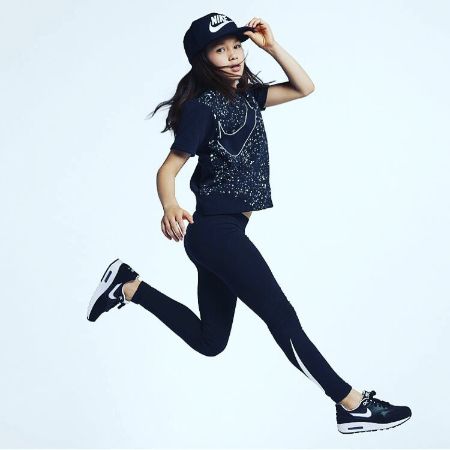 In the post, dated March 6, 2021, Oona urged everyone to stop hate against Asians. The Cobra Kai star stated that she was heartbroken and terrified by the reports that have cited a 1900% increase in hate crimes against Asians in the US Covid-19.

Through her IG, Oona has helped do her part by providing information on AAPI Heritage Month, funding and petition regarding "#StopAsian" for her fans to follow. She also appealed to support the organization by making donations.

How Much Does Oona O'Brien Earn?

Oona O'Brien has already created a decent resume at an early age. After wowing the audience with her debut performance in the short movie Sky High, her most significant break in 2021. It was when the starlet got selected for the role of Devon in the Netflix Cobra Kai.

Age is just a number when it comes to earning as an actor. Having starred as a young actress alongside Ralph Macchio and William Zabka in Cobra Kai, she probably boasts her net worth in six figures.

According to Celebrity Networth, Oona's father, Ed, has summoned an impressive net worth of $25 million. In 2010, Rolling Stones named him the 59th greatest guitarist.