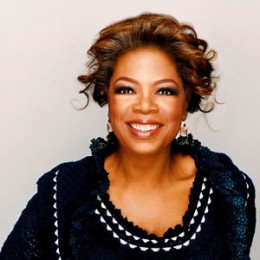 An American media actress, proprietor, talk show host, producer, and philanthropist who is better known as the host of The Oprah Winfrey Show, considered as the highest-rated syndicated program on air, which was aired in 1986 to 2011. She was born to an unmarried teenage mother Vernita Lee who used to work as a housemaid. She had very hard childhood. When she was just 19 years old and studying in high school she started her career as co-anchor in the local evening news. Later due to her emotional ad-lib delivery she was transferred to the daytime talk show arena. In 1983 she worked as a host in WLS-TV's low rated half-hour morning talk show, Chicago. Her interview with Michael Jackson became the fourth most-watched event in American television history which was viewed by estimate 36.5 million audience. She has also starred in movies like The Color Purple. She holds a record of world's first female black billionaire who had a net worth of $2.9 billion in 2013. In 2013, she was honored with Presidential Medal of Freedom by American President Barack Obama.

Talking about her personal life relationships, she is not a married woman. When she was just 9 years old she was raped and when she reached 14 she had a miscarriage i.e. her son died in infancy. And during her whole career she has dated only one man with whom she is already engaged but not married yet. We can guess due to that devastating accident during her childhood, she may be feeling hard to believe any person and get married to him. She has not been a mother yet.