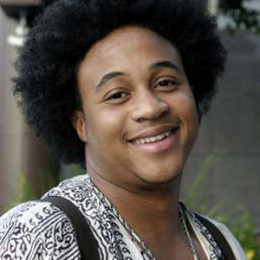 He is an actor, rapper and musician, noted for playing on the sitcom That's So Raven, as Eddie Thomas and guest starring in the early 2000s on several Disney Channel sitcoms. With the 1995 comedy Major Payne with Damon Wayans, he made his big screen debut. As a child he had played Eddie Thomas in That's So Raven, Nelson in The Jamie Foxx Show, 3J in Family Matters and Tiger in Major Payne.

He has stayed completely low profile, when it comes to his personal life. Once he dated a gorgeous American actress, but after that he has never been spotted with girls who can be suspected as his girlfriend. As there is no record of his wife, he is assumed of being single. Throughout his career, he has been a part of several controversial issues and has been arrested and charged accordingly many times.