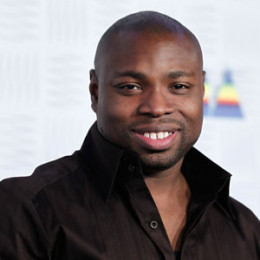 An American actor and rapper, Page Kennedy is best known for playing quarterback Radon Randell on the TV comedy "Blue Mountain State". He lived in Los Angeles with this mother, then Detroit with his father. Page Kennedy majored in theater at the University of Delaware. Page Kennedy has maintained a popular YouTube channel, where he is famous for his saying "That's So Drake."

Page Kennedy has also starred in the film, including roles in S.W.A.T. and See Dick Run. He also made an appearance in an episode of Robot Chicken as Kirby and Cal Zapata. Page Kennedy is the father of two children named, Christian and Timothy Kennedy who was born on May 1, 1998. He is also a vine star.

Page Kennedy was born on 23rd November 1976 in Detroit, Michigan but grew up in Los Angeles with his mother until he was six years of age. He then moved back to Detroit to reunite with his father, who eventually died ten years later.

Kennedy initially attended Western Michigan University. He later transferred to the University of Delaware, where he majored in theatre and acting.

Page's father was a doctor and encouraged him to study medicine, but Kennedy was more interested in becoming a footballer. He gained a passion for acting after being introduced to William Shakespeare.

Page Kennedy is best known for portraying Radon Randell in the Spike sports comedy series, Blue Mountain State, and U-Turn in the Showtime series, Weeds. He has also featured in many more movies, including most notable roles in S.W.A.T. and See Dick Run.

Page Kennedy is married to his wife Christina Penland. The pair shares two children, both sons named Chirstin Kennedy and Timothy Kennedy. Page lives with his spouse and kids in Los Angeles, California.

Kennedy posts short comedy videos in both his YouTube and Vine channels. He is well renowned for coining the term That's So Drake. It refers to moments where male entertainers act flamboyantly without intending to.

Page Kennedy's net worth is estimated to be $2 million. His source of income includes his salary and earnings from his career as an actor.

Page Kennedy is the father of two children named, Christian. She has one brother.

Timothy Kennedy is particularly known for his eponymous Vine channel. He has gained popularity for his short comedic vignettes.