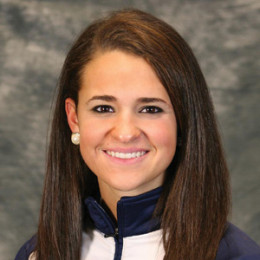 Paige Selenski who has received four golds altogether in the games like Pan American Games, Champions Challenge, and World League, is an American field hockey player. Incredible player Paige is not single and is currently dating Tommy Wornham.

Paige Selenski was born on 30 June 1990. She hails from Kingston, Pennsylvania. She is the daughter of the late Judy Selenski and Brian. She grew up along with her brothers Brian and Greg.

Selenski attended the Dallas High School in Dallas. She went to the University of Virginia and majored in English. She used to play hockey from the very early age and participated in 2005 Junior Olympic.

Paige Selenski began her career as a field hockey player when she was only 10. At that time she played at the University of Virginia.  Later on, she took off her senior year to get the full-time training. She was soon appointed as a professional hockey player in 2009 with her participation in U.S. Women’s National Team. The same year she became the Honda Award semifinalist and was selected as the ACC Player of the week. 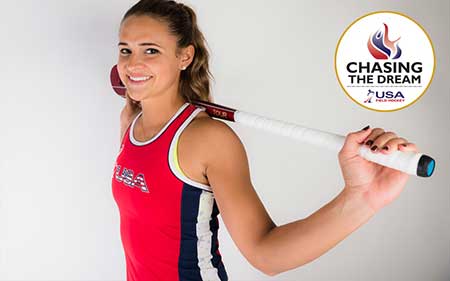 She also scored her first career hat-trick at Ohio in UVa victory. She was named the National Player of the Week by womensfieldhockey.com and ACC Player of the Week in 2010. The same year she led Virginia in scoring for the third consecutive season with 27 goals. She also recorded a career-best four goals in UVa over Old Dominion.

In 2012 she participated in the London Olympics for the United States Women’s national field hockey team. She was named the 2012 Virginia Female Collegiate Athlete of the Year at 67th Annual Portsmouth Sports Club. She entered the Olympic at 2012 London Games with 12th position. In 2015 she also made her appearance in the ESPN The Magazine Body Issue. Recently she took part in the 2016 Rio Olympics.

The beautiful blonde Paige Selenski is in a romantic relationship with Tommy Wornham. The boyfriend-girlfriend spend quality time together and often goes on vacation. They also shared their moments together in Potato Chip Rock hike and Disney Land via social media. Besides that, she once underwent surgery for a hamstring injury after the 2015 Pan American Games.