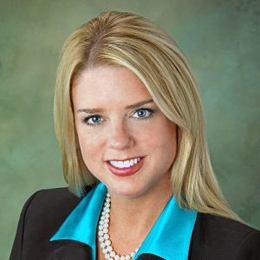 Pam Bondi is an American attorney and lobbyist who managed to make a name for herself with the sole motive of serving the public. Her introduction would be incomplete without mentioning that she served as the 37th Florida Attorney General from 2011 to 2019. The republican is popular as a close friend to President Donald Trump, having had dinner together in April 2018.

Pam Bondi's Not So Happy Married Life: Is A Two-time Divorcee

While Pam Bondi needs no introduction, thanks to her transparent, professional life, she prefers keeping a low-profile of her married life. Bondi tried her luck with marriages twice, but her extremely busy professional life didn't let her sustain both of her marriages, thus resulting in two divorces. 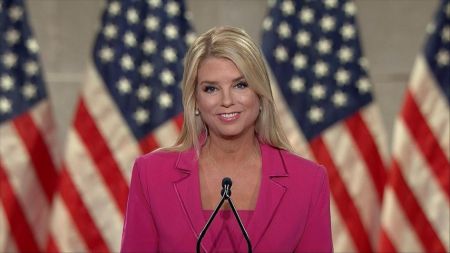 Pam Bondi who endured an astounding weight loss transformation in 2019 initially fell in love with a long-time husband, Garret Barnes, in the late 1980s. Eventually, their dates went on to be much more serious, as they made the big decision to get married. The pair exchanged their vows in 1990, but they failed to sustain their relationship. Therefore, the two parted ways with a divorce agreement in 1992, twenty-two after their marriage. 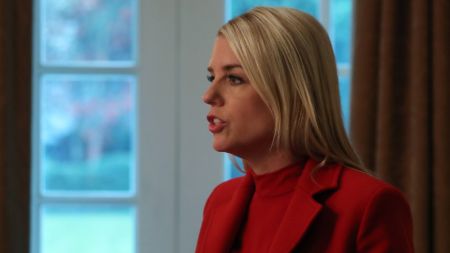 Pam Bondi was the 37th Florida Attorney General from 2011 to 2019. SOURCE: Mother Jones

Bondi didn't just give up on her pursuit of love as she went on to date Scott Fitzgerald. Following several dates, the pair got married in an intimate wedding ceremony in 1996 in front of close friends and family. The pair didn't welcome any children and parted ways with a divorce in 2002.

When it comes to finances and income, Pam Bondi has absolutely nothing to worry about. The diva served the prestigious role of 37th Florida Attorney General from 2011 to 2019. The former Attorney general gathers a staggering net worth of $2 million as of August 2020.  In June 2017 itself, her net worth rose from $1.4 million of 2015 to $1.7 million by 2017. 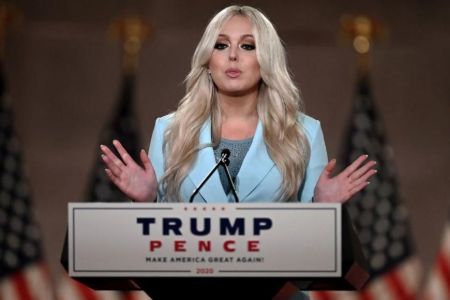 Pam Bondi is a republican and a two-time divorcee. SOURCE: Yahoo News

Bondi amassed a great sum of wealth by running at the office of the attorney general. Surprisingly, before she first took up the role, she gathered a six-figured net worth of $472,000 in 2010. Over the years, she burnt the midnight oil and managed to defeat Democratic State Senator Dan Gelber by 55% to become the first female Attorney General of the State of Florida.

Talking about the background of Bondi, she hails from the town of Temple Terrace, Florida. In fact, she is the daughter of former city council member and the Mayor of Temple Terrace, Joseph Bondi. The diva completed her graduation of C. Leon King High School in Tampa and went to the University of Florida with a degree in 1987. She also acquired a JD from Stetson Law School.

Pam Bondi was married to husband Garret Barnes from 1990 to 1992. They got divorced after 22 years of their marriage.

Pam Bondi got married for the second time in her life to boyfriend Scott Fitzgerald in 1996. She didn't share any children with her second husband and got divorced in 2002.