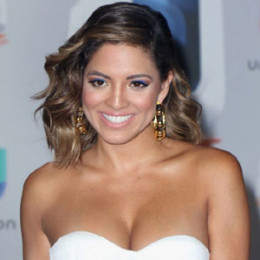 Six-time award-winning Peruvian journalist Pamela Silva Conde is currently the co-anchor of Primer Impacto. She is from Lima, Peru. Now, she is a successful journalist, which is a result of her hard work and dedication.

Pamela Silva also known as Pamela Silva Conde was born on August 16, 1981, in Lima, Peru. After completing her high school education, she enrolled at Florida International University. She got a degree in Broadcast Journalism with honors.

Versatile personality Silva started her career in 2003 as a public affairs coordinator and a producer at Univision. She also featured in a community affair show Miami Ahora at WLTV 23. Pamela was a guest reporter for the shows like EI Gordo y La Flaca (The Fat Man and The Skinny woman), Despierta America (Wake-Up America). As a Miami-based reporter, she reported for Telefutura's, Escandalo TV (Showbiz TV). She then hosted TeleFutura 69’s first local newscast Noticias en Noventa (News in 90).

Pamela re-joined the Univision Miami affiliate news team in 2005 as an entertainment anchor and reporter. Later, she led Spanish-language morning newscast Noticias 23 Al Amanecer in South Florida. In addition to that, she also worked on a unique feature and investigative reports for newsmagazine Aqui y Ahora as a national correspondent.

As a result of her passion and hard work, she has acquired several awards including six Emmy Awards.

As of now, Silva is a co-anchor of the Univision Network’s afternoon newsmagazine show Primer Impacto.

Besides her career, Conde is an active member in non-profit organization Amigos For Kids. She is also the member of the Steering Committee of the Florida International University School of Journalism & Mass Communication.

The 36-year-old Pamela is happily married to her lover Cesar Conde. After having a romantic affair for some period, the duo finally tied the knot in 2009. Her husband is a media executive as well as the Chairman of NBCUniversal International group and NBCUniversal Telemundo Enterprises.

The couple is going strong but isn't planning to expand their family. No kids are seen in their near future.

The gorgeous woman Silva is one of the successful Journalists of her age. She is well paid and has earned a decent amount from her career. Even though it’s a sure fact that she holds a large net worth, the factual information of her earnings hasn’t been disclosed yet. But we can assume her net worth is in millions.

Pamela Silva Conde is a married woman. Her husband is media executive Cesar Conde. The duo married in 2009.