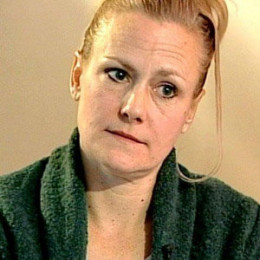 An American criminal, Pamela Smart is currently single. She was previously married to late Greggory Smart from 1989 to 1990. She was born to father John and mother Linda Wojas. She was a fan of heavy metal music and hosted her own radio show called Metal Madness. She is currently serving a life sentence at Bedford Hills Correctional Facility for Women, a maximum-security prison in Westchester County, New York.

Her crimes were the inspiration for the 1995 film To Die For, which starred Nicole Kidman. Pamela Smart had an older sister named Elizabeth and a younger brother named John.In April 2004, the First U.S. Court of Appeals upheld a 2002 ruling by a federal judge who rejected her federal habeas petition. She married to late Greggory Smart in 1989 to 1990. Pamela Smart was aided in killing her husband by her fifteen-year-old lover William Flynn and three of the boy's friends.

She married to Greggory Smart in the year 1989 but she killing her husband by her fifteen-year-old lover William Flynn and three of the boy's friends in 1990.