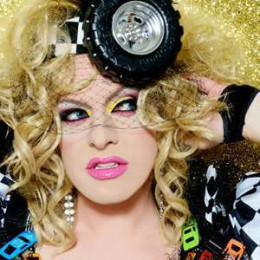 American drag queen, comedian, and reality television personality, Pandora Boxx is currently single. He is best known as a contestant from the second season of RuPaul's Drag Race and RuPaul's All Star Drag Race. Pandora hosted an episode of Logo's One Night Stand Up, a comedy special filmed. he wrote, directed, produced, and appeared in Mrs. Kasha Davis: The Life of an International Housewife Celebrity starring fellow drag performer from Rochester's Tilt nightclub, Mrs. Kasha Davis.

Pandora Boxx marital status is single. He debuts from the movie A voice from the Lantern he has a role of Marvelous Marvin in this film. His first television series is RuPAul’s Drag Race, he has a character of Himself. He has also appearances in a music video, his first music video is “Queen”(Belle). This video is directed by JC Cassis.