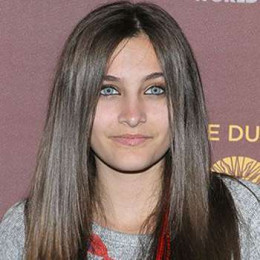 Paris Michael Katherine Jackson is an actress. She is the second as well as only daughter of the late pop legend named Michael Jackson and Debbie Rowe. Currently she is attending a private school with her brother. She is very active in Twitter. In her early age she has decided to become an actress and entertain just like her father that is why she always manages to be in limelight.

As she is just in her teenage so there has no any information about her being in relationship or dating someone. As she is only focused in her study and in her career there might be no time for her dating or she might be not interested in such activities. She is a smart girl and is very devoted to her work. Though she is only eighteen but has gained a lot of fame and her future is bright too.