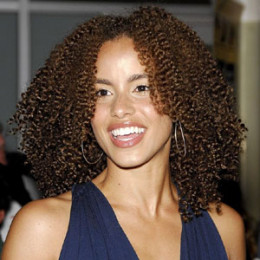 Parisa Fitz- Henley is an American actress, widely recognized for her portrayal as Reva Connors in Jessica Jones and Luke Cage.

Parisa Fitz-Henley was born on 1st January 1977 in Kingston, Jamaica, to a Jamaican father and an American mother. During her young age, her family shifted to various places like South Africa and Florida. She also has a brother.

Parisa's career began as a commercial model and made her appearances in numerous commercials. Later, when she came into limelight, she appeared in several movies, and television series including, Moment of Truth, Step in the Arena, Luke Cage, and Take it Personal.

She has appeared in a commercial for various brands like Essence, Cosmopolitan, and Glamour. Moreover, she also began producing movies.

Regarding her personal life, whether she is married or has a boyfriend, it has not been revealed till date.

Parisa Fitz-Henley earns a decent amount of money from her appearance in various movies and TV series, as her current estimated net worth is $600,000.