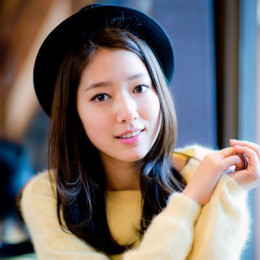 She is one of the popular Korean actress, singer and a dancer who is best known for her roles in the drama series You're Beautiful, Heartstrings, Flower Boys Next Door, etc. She made her debut from the music video "Flower" by the singer Lee Seung-hwan. She later on started training on her vocals, acting and dancing. Her brother is a musician. She is currently studying at Chung-Ang University majoring in Theater and Film. She is involved in charity works and been the face of several endorsements.

Park Shin-Hye was born on February 18, 1990, in Gwangju, South Korea. Nationality wise she is Korean and holds Asian ethnicity. Her zodiac sign is Aquarius.

She was raised in Songpa District, Seoul along with her brother Park Shin-won who is a popular guitarist known for Tree Bicycle band. Shin-Hye completed her graduation from Chung-Ang University on 5 February 2016 with a degree in Theater.

Park began her career as a model, she first appeared on a music video, Flower of  Lee Seung-hwan and later she learned singing, dancing and acting. Her acting career was started since 2003 when she portrays the character of younger Choi Ji-woo's in Stairway to Heaven.

In 2006, Shin Hue got her first pivot role in drama series,  Tree of Heaven where her performance was appreciated by audience and critics. The show was even aired on Japan which helped her to gain international fame.

She made her movie debut through Evil Twin in 2007. She has worked on numerous movies and television series such as;  Cyrano Agency, Miracle in Cell No. 7,  The Royal Tailor, My Annoying Brother,  You're Beautiful, Pinocchio and much more.

In 2017, she will cast along with Choi Min-Sik in the crime thriller movie, Silent Witness which is a Korean remake of  2013 Hong Kong film.

Park Shin-Hye is possibly single at the moment. She is one of those K-actress who prefers to keep their personal life away from the limelight of media.

However, once she was linked up with Park Hae Jin but later the pair denied the rumors and term one another good of friends only.

Park has earned an impressive net worth from her career as she has succeeded to maintain the net worth of $3 million.