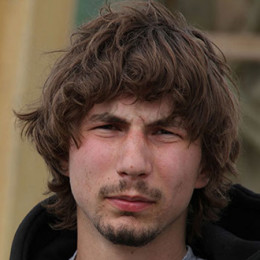 Parker Schnabel aka The Young Master is an avid outdoorsman, famous for his appearance on the Discovery Channel's Gold Rush. The series documented the placer gold mining efforts of various family-run mining companies.

Despite his huge fanfare in a very short time, many still wonder about his personal and early life. Let's take a walk down in Parker Schnabel's personal life including his net worth.

Parker Schnabel is possibly single at the moment, he is not spotted with any women or romantically linked to any girls since this bitter split with an ex-partner, Ashley.

But yes, he has good bonding with a lady named, Sheena Cowell whom he follows and posed for a snap-on August 11, 2018. Else, he is enjoying adventures with his friends.

Schnabel previously dated his Gold Rush's co-star Ashley Youle. He introduced Ashley Youle as his girlfriend during the seventh season of the show. Parker met Ashley in Australia, where she is originally from. The lovebirds hit it off very well and Schnabell later invited her to the U.S. 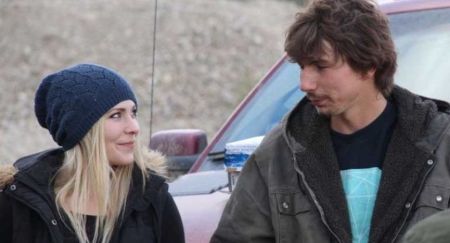 During an interview, the reality TV star Schnabel adored her help in achieving his goal of 5,000 ounces of gold in season 7.

Also, Parker mentioned that the pair met in her native town and used to enjoy the whirlwind of their dating. Since then they relished quality time together in North America.

During season 8, Parker stunned his crewmate and his fans after announcing his and Ashley's relationship is over. Peter noted that he got focused on his work and forgot to prioritize Ashley. They officially broke up amicably in March 2018.

In September 2019, Parker gushed about Ashley during an interview with British publication. He said," My life has been pretty much work-dominated. I had a girlfriend for a couple of years but didn't work out".

Though the duo is no more together, Parker says she is great. It seems like they parted ways cause of their improper work schedule. Youle has worked as a veterinary nurse, so after separation with Parker, she switched to Melbourne and resumed dancing after moving back to Australia.

In addition, Schnabel was rumored dating assistant producer Sheena Cowell. In one of her posts on Instagram, Sheena shared a photo with her boyfriend on 15 July 2018 dressing up to attend the wedding in Serbia.

As an American gold miner Parker, 24, garnered a fortune with which he relishes a lavish lifestyle. The reality star holds an estimated net worth of $8 million. Moreover, in season 6 of the show, Parker and his crew mined almost 3500 ounces of gold worth $3.5 million. Well, he earns $42,000 worth, while his profit keeps on growing. 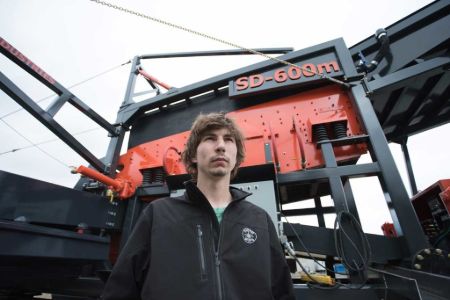 In addition, last season, he came out on top competing Todd Hoffman, pulling 3362oz of gold worth $3.7 million. Although, the expectation of his investments was the plan of $600 thousand.

From his first operation in gold mining, till now, he mined over $13 million in gold.

Parker Schnabel was born on 22 July 1994 in Haines, Alaska. Parker and his brother, Payson Schnabel grew up in Porcupine Creek as the children of parents Roger Schnabel and Nancy Schnabel. His grandfather John Schnabel is also a famous Gold Rush star. 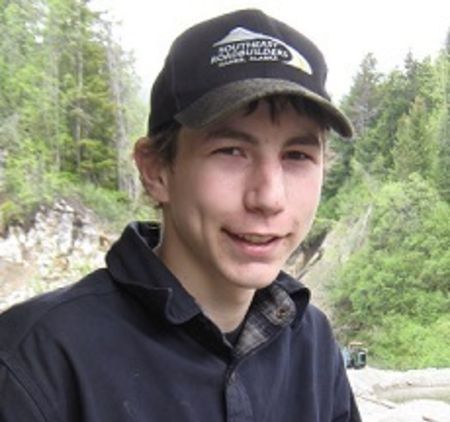 The early picture of Parker Schnabel.
SOURCE: Wiki Net Worth

As a young kid, he used to spend time learning about the mining process. It's clear that his family members and old miners passed down all tricks and tips about mining to him.

The American national, Parker is from the white ethnic background. The Gold Rush star stands with a fair height of 5 feet 9 inches with a slim & well-maintained body shape.