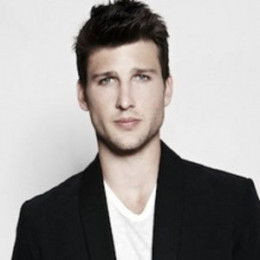 An American producer, model, and actor, Parker Young is currently single. He previously dated to an actress Stephanie A. Weber.Parker is a son of Karl and Zarina Young .He is a model for Calvin Klein and Tommy Hilfiger. Parker attended Catalina Foothills High School. He has a recurring role in a movie named Suburgatory. Gingerdead Man 2: Passion of the Crust is his first movie .

Parker Young has acted in many television series, Days of Our Lives is his first series ,he has a role of Delivery man in a Season 43, episode 293.He is not a controversial star and there is no information about his affairs in social sites. Parker has a lead role on Fox's military comedy series named Enlisted. He has many fans in social sites.