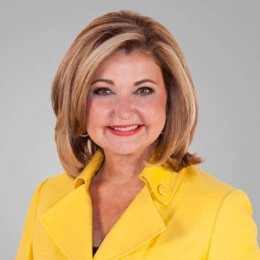 Multiple Emmy Award winner Pat Ciarrocchi is an American journalist. She started her career as television reporter from WHAG-TV, a small station in Hagerstown. After three years she left the job and joined KYW-TV news working as co-anchor. She was inducted into hall of fame by Broadcast Pioneers of Philadelphia in early 2000.

Pat Ciarrocchi was born on July 2, 1952, in Philadelphia, Pennsylvania. Her father was the co-founder of Modern Mushrooms Farms and her family still owns the company. Pat attended Padua Academy and Rosemont College.

Ciarrocchi served as anchor of the weekday morning and noon news for almost two decades. She also worked at KYW-TV where she served as co-anchor of Evening Magazine for two years until it was canceled. In 1982 Pat joined CBS3 Eyewitness News on KYW-TV where Pat hosted weekday newscast alongside Ukee Washington. She also worked for WHAG in Hagerstown, Maryland alongside Bob Borngesser and Glen Presgraves.

She came to the highlights from the Evening Magazine show which she hosted from the year 1991 to 1992. During that time Pat traveled to many countries like Great Britain and Israel. In her career, she has also served as the medical reporter for five years and was regarded as one of the talented overseas correspondents.

In 2000 Ciarrocchi was inducted by the Broadcast Pioneers of Philadelphia into their Hall of Fame.In 2001, Pat was promoted 5 pm co-anchor, but it was canceled in 2003 for Dr. Phil as part of the station's Make the Switch promotion. She is Philadelphia's longest-tenured female anchor.

While working for Channel 3, she covered some influential news including St. Katherine Drexel canonization in the year 2000, Pope John Paul II funeral in 2005, Pope Benedict XIV resignation in 2013, Philadelphia delegation in 2014, Philadelphia visit of Pope Francis and much more.

For her hard work and dedication, Pat has won numerous awards that include multiple Emmy Awards, Individual Achievement in News Writing, Recognition from Italian-American Community, Knight of the Order of Merit from Italian Republic, Gabriel Award, CEBA Award, Excellence Black Audience and Sarah award and much more.

Pat a very talented and respected personality has disclosed very little information about her personal life. However, she is already married to the love of her life, David Fineman.

Well, the couple seems to be living a happy life, and maybe they have children too, but these aspects of her life have not been shared with the media.

Just like her personal life Pat has also kept silent about her earnings and salary. But looking at her successful career she must have a huge net worth.