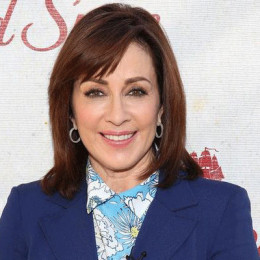 She is an American actress and a producer who is known for her performance in the CNS sitcom Everybody Loves Raymond, ABC sitcom The Middle,etc. She is the winner of two Prime time Emmy Awards. She was born to parents, mother, Patricia Hurd and father, Chuck Heaton, who is a sportswriter. She went to Ohio State University where she graduated B.A in drama. She made her first debut in Broadway in 1987 and made her debut in acting in 1989 from the drama series thirty something.

Patricia Heaton was born Patricia Helen Heaton on March 4, 1958 in Bay Village, Ohio. She is the fourth of five children to Patricia (née Hurd) and Chuck Heaton, who was a sportswriter for The Plain Dealer. She lost her mother when she was 12 because of an aneurysm.

Heaton was raised as a devout Catholic along with her sisters, Sharon Heaton, Alice Heaton, and Frances Heaton, and a brother, Michael Heaton, who is the "Minister of Culture" columnist for The Plain Dealer and a writer for the paper's Friday Magazine.

Heaton attended  Ohio State University and and graduated with B.A, in drama. She became a sister of Delta Gamma Sorority. In 1980, Heaton moved to New York City to study with drama teacher William Esper.

The name of her first husband is not known but they had spent 3 years together in a relationship.

He is a British actor. They are happily married. They have four children together and are living peacefully together.

He is in his early twenties. He is trying to pursue his career and attends college.

He is also grown up and attends high school. He is very handsome and trying to pursue his career.

He is in his late teen and goes to school. He is very handsome and trying to pursue his career.

He is in his mid teens and the very youngest member in his family. He goes to school and busy in his school activities.