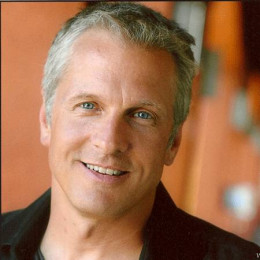 an American actor of film, television and stage who is widely popular for his role as Reverend Cotton Marcus in the frightening film The Last Exorcism. He went to Cedar Cliff High School in Camp Hill andgraduated from Penn State University and received his Bachelor of Fine Arts in Performance. He has played Richard Morgan in the 2014 Disney TV movie Cloud 9. Television has always been bulk of hid career and he has appeared in lot of television series. Currently he is starring as the character Howard Hamlin on AMC's Better Call Saul in 2015.

Till now he has not involved himself in any kind of controversial situation that can ruin his career. Exploring his personal life he is already married to love of his life. She is a comedian and writer. Together they look very happy with each other sharing happiness and mutual understanding. The couple is blessed with two beautiful daughters. There has been no rumor and gossip regarding his extra marital affair with anyone.

She is comedian writer and director who is famous for her writing and direction of hit movie named "Killing Vivian". She is mother of two beautiful children.

She is the elder daughter of the family. She is very cute and gorgeous.

She is very cute and she resembles more like her mother.