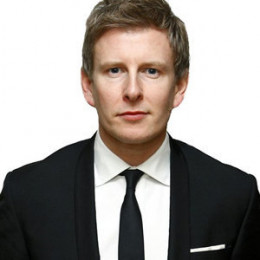 A comedian and television personality, Patrick Kielty is currently married to Cat Deeley since 2012. He was born to the businessman John "Jack" Kielty and mother Mary Kielty. He attended the Queens University of Belfast, where he studied psychology. Patrick Kielty became well known locally for his edgy stand-up comedy routines at The Empire pub comedy nights, called "The Empire Laughs Back". In 2012, he presented four episodes of This Morning.

Patrick Kielty is married So You Think You Can Dance host Cat Deeley in a private ceremony in Rome on 30 September 2012. And the couple welcomed a son in January 2016 but they still not revealed his name in the social pages. The couple seems to be very happy with each other so no signs of separation. He was previously engaged to actress Amanda Byram in 1999 but they ended their relationship in 2003.

Patrick Kielty is married So You Think You Can Dance host Cat Deeley in a private ceremony in Rome on 30 September 2012.