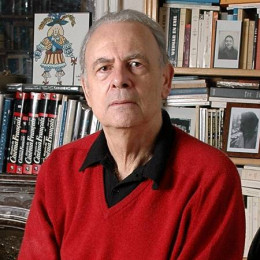 A French renowned novelist who has already written more than 40 books on the basis of human experience of World War II to examine individual identities, memory, responsibilities, loyalties and loss. He is son to Albert Modiano and Louisa Colpijn. His parent met each other during World War II. After death of his parents he was brought up by his maternal grandparents. He attended École du Montcel primary school in Jouy-en-Josas. When he was young he took geometry lessons from writer Raymond Queneau who was his mother's friend. He has written many famous books like Les Boulevards de ceinture, Rue des boutiques obscures etc. He was awarded with the 2014 Nobel Prize in Literature.

Exploring his personal life, he has already tied in knot with his wife. They look very perfect with each other. He describe his marriage day as catastrophic souvenir of the day and also funny because it was very rainy day. He also mentioned that it would had been more funnier if some photos were taken but the one who brought the camera forgot to bring film. Together they are parents of two beautiful daughters.

According to Patrick, she has always been source of inspiration to him. Together they are blessed with two daughters.

She is the eldest daughter of the family. Professionally she is writer and a director.

She is professional French singer and writer.