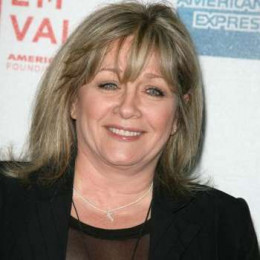 Born as Patricia D'Arbanville, Patti is an actress and former model, known for her role as Lt. Virginia Cooper on the FOX series New York Undercover and on the movie Bilitis. Also, she had appeared in the show Miami Vice as the cynical wife of Ira Stone. She started her professional acting career at the early age of 8. She was born to Jean Egan, an artist and George D'Arbanville, a bartender.

Her personal life is full of ups and downs. Till now she has been married three times but unfortunately none of her marital relation last for a long time. At first she was married to a French actor, the two stayed as husband and wife for almost 5 years. Her second marriage barely survived a year. Her third husband was a New York based firefighter with whom she has raised three kids. She has a son from one of her past relationship.

French actor Miremont is the first husband of D'Arbanville, with whom she got married in the year 1975 and divorced in 1980.

Curry is the second husband of D'Arbanville, who by profession is an actor. The two stayed as husband and wife for less than a year.

Former New York City firefighter, Terry is the third husband of D'Arbanville. From their 9 years of marriage, the couple have raised three kids.

He is the first child of D'Arbanville, who by profession is an actor.

She is the second child and first daughter born to Patti.

Alexandra is the third child of Patti, who these days is busy working on the Hollywood industry.

Liam is the youngest member in the family, who was born safe and healthy.