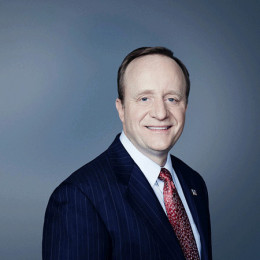 Paul Edward Begala is an American political consultant and political commentator, best known as advisor and spokesman for President Bill Clinton, where he coordinated policy, politics, and communications. He is the son of Margaret and David Begala and has Hungarian and Irish ancestry. He earned both his Bachelor of Arts and Juris Doctor from the University of Texas located at Austin .

Paul Edward Begala was born on May 12, 1961, in New Jersey. His mother Margaret "Peggy" (née Cass) is an Irish American mother, M, and father David Begala is a Hungarian American. He was raised in Missouri City with his parents.

In 1979 completed his graduation from the Dulles High School in Texas. He gained his bachelor degree in Arts and Juris Doctor from the University of Texas.

In 1992, Paul played a vital role in the presidential election and helped Clinton to win the election. Currently, Begala serves as a political commentator for CNN and he is a research professor at Georgetown University where he is doing his research in public policy.

Despite that, he is also known as an author, he authored five political books. He made his appearance on NPR’s radio show Wait Wait…. Don’t Tell Me!…

Begala is a married man. He has been married once and has been living happily with his wife with no any issues seen among them since 1989. He loves his wife very much and is very sincere to his relationship with her since he had met her.

The couple is blessed with four sons. Two of their son's details is kept out of media. The family currently resides in Virginia. As the couple has great bonding and mutual understanding among each other so there is no point on their divorce.

He has a net worth of $3million (2016). Additionally, he gets handsome salary by CNN for his contribution to News Channel.

She is his apple of an eye whom he loves very much. Details on her has not been disclosed. They are married since 1989.

He is one of Begala's sons who was born safe and sound. His date of birth is unknown.

He is one of Begala's sons, who was born safe and healthy.