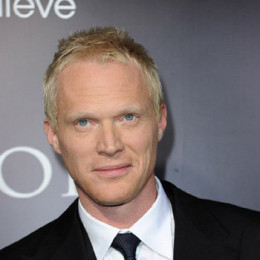 He is a British actor, who rose to fame after appearing in the British film Gangster No. 1 and A Knight's Tale. Some of his film credit includes the adaptation of the novel The Da Vinci Code, Dogville, Wimbledon, A Beautiful Mind and Master and Commander: The Far Side of the World. He was born to Thane Bettany, a dancer and drama teacher and Anne, a stage singer and stage manager. .

Talking about his personal life, he is a happily married man. Since 2003, he has been enjoying his marital relationship with his wife who is an actress by profession. The two have raised two children; a son and a daughter from their marriage and Paul has fathered a stepson as well. Before marrying his wife, he has dated few gorgeous ladies in his past days. We can stay connected to him via Twitter @Paul_Bettany.

The gorgeous actress Connelly is the one and only beloved wife of Paul. They started dating in 2002 and got married in 2003.

He is the first child and the only son born to Paul.

She is the youngest child and only daughter born to Paul and his wife.

He is the stepson of Paul. His father is David Dugan.