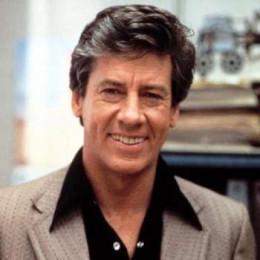 Paul Xavier Gleason was a film and television actor, noted for his portrayal on a TV series, All My Children and films like Die Hard, The Breakfast Club and Trading Places. He studied at the Actor's Studio in New York City in the mid-60s and made his film debut in Winter A-Go-Go (1965). He was born to Eleanor, a registered nurse and George L. Gleason, a restaurateur and professional boxer.

Throughout his life he was married two times. He was married to his first wife who by profession is an actress, from the year 1971 until 1978. The couple has raised a beautiful daughter from their 7 years of marriage. Since 1995, he was married to his second wife but unfortunately he died on May 27, 2006 at a Burbank, California hospital from pleural mesothelioma. The two were never divorced.

She is the first wife of Gleason, who by profession is an actress. The two stayed as husband and wife for almost 7 years.

She is the second wife of Gleason, whose personal details has not been disclosed to the media yet. The two were married in the year 1995.

She is the eldest daughter of Gleason, whom he raised with his first wife Candy Moore.

She is the youngest daughter of Gleason, who by profession is a screen-writer.